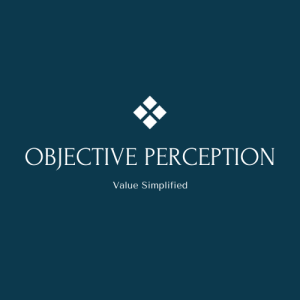 So how did we get conditioned to this kind of conditioning? We just need to travel to the past to meet our fore fathers the sapiens. The simplest relatable example close to us can be seen in our pets. Why would your pet dog, just listen to your voice and sit calmly? Isn’t that dog can be more ferocious in its nature than a human? Just because the dog, through the adoption by you, it is conditioned to listen to you. The same way it had happened from our evolution.

The adoption of our mind from the natural impacts, to the seasonal changes aren’t the only factors that had made us to what we are. The conditioning of our mind was carried out through various factors. From the religious belief, to the education system, the political climate, the society in which we are brought up, to books of choice which we seek are all because of the conditioning of one’s own mind.

So how does this happens. These are like sowing of seeds. You sow the thoughts from your novice age. The thoughts that gets repeated again and again. The repetition that leads to a pattern. A pattern that gets registered forever. When those scribbles gets in as a marking on a soft stem, as it grows to a tree it remains as a mark on the branch. It’s the same with a human mind.

The belief is of white is pure and black is dark is also one such conditioning of human mind. The reason is most of the times our minds are conditioned not to reason. Before even white became the symbol of pure and cleanliness, it was black. The black was considered as the royal and was related to power. White was in non-existence during those times. However, as the expansion happened in terms of territories and association of black by few people of power, eventually led black to the color of poor and dark.

Such, is the conditioning of our mind, that most of the times we never try to question the rituals or customs or premises for sake of its own existence. The disconnect is due to chalk and talk system of education. Probably, one of the fundamental systemic practice that was brought in had become one of the strong foundation for conditioning. The system of education just covers the basic aspects of know how and the numerals for counting rather than questioning the fundamentals of evolution. The nature of existence.

As Sapiens we are more interested to have an order in place than chaos. But what we don’t understand is that Chaos is nothing but an non-understandable order and order is nothing but an understandable Chaos. In both the cases, the understanding is in relevance to time. When we don’t try to look in an objective way, we fall for the presumptions and premises of the respective times. That leads to a belief. A belief eventually turns out to be a conditioning of mind. Can this conditioning be challenged and changed?